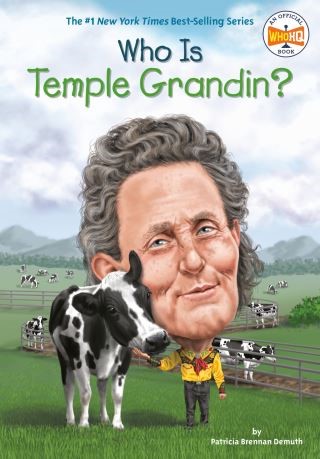 Who Is Temple Grandin?

Autism did not stop her--in fact, it helped Temple Grandin become a brilliant scientist and inventor.

Temple Grandin wasn't officially diagnosed with autism until she was in her 40s, but she knew at an early age that she was different from her family and classmates. She couldn't show affection, she acted out when noises or other stimuli overwhelmed her, and she only felt comfortable when spending time with the animals on her aunt's ranch. But instead of seeing her differences as limitations, Temple used them to guide her education and career in animal science. She has become a leading advocate for the autistic as well as for the humane treatment of animals at meat packing companies. This inspiring biography by Patricia Brennan Demuth shines a light on Temple Grandin's intellect, creativity, and unique spirit.